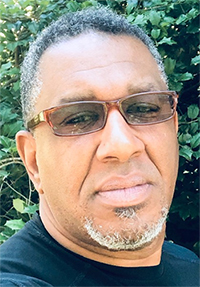 Eric Poole (The Mortgage Ally) began his in career in finance while serving in the USAF.  Assigned as an Air Force Aid liaison, he was responsible for the analysis and approval of emergency financial funds requests for active duty and retired U.S. Armed Services members and their next of kin, ranging from $500.00 loans, to complete financial restructure loans totaling thousands of dollars.

After six years and an Honorable Discharge from the Air Force, Eric was then was recruited as a Customer Service Rep by the Commercial Credit Corp. as a CSR where he learned quickly and was promoted to Loan Officer, Sr. Loan Officer, and ultimately Assistant Branch Manager, in under two years.

With a solid finance foundation under his belt, and the knowledge he would return to the world of consumer finance, Eric started a second career in Telecommunications.  After a decade long career within telecommunications, where he rose through the middle management ranks in AT&T, Bellsouth Long Distance, Bellsouth dot Net, and again with AT&T.  For several years, he was able to navigate the world of corporate restructure and downsizing, however, when Eric was selected to get laid off, he saw this as opportunity to carry on the work he started in the world of finance.

Eric brings a sound understanding of finance, technology, and marketing.  His proven ability to identify the needs of consumers, match those needs with the solution that best suits the consumer, all while treating the consumer with the respect deserved, are what makes him the only Mortgage Ally you will ever need.